“Current noise certification regulations do not include standards for supersonic airplanes other than the Concorde. In its 2018 reauthorization, the FAA was directed to exercise leadership in the creation of Federal and international policies, regulations, and standards relating to the certification and the safe and efficient operation of civil supersonic aircraft. This rulemaking is a step in that process. The agency is proposing to amend the noise certification regulations in Title 14, Code of Federal Regulations (14 CFR) parts 21 and 36 to provide for new supersonic airplanes, and to add subsonic landing and takeoff (LTO) cycle standards for supersonic airplanes that have a maximum takeoff weight no greater than 150,000 pounds and a maximum operating cruise speed up to Mach 1.8. This proposal is based in part on the Supersonic Transport Concept Airplane (STCA) studies performed by the National Aeronautics and Space Administration (NASA), information provided to the FAA by U.S. industry, and the continuing work of the International Civil Aviation Organization (ICAO) Committee on Aviation Environmental Protection (CAEP). These proposed certification standards would provide a means to certificate these airplanes for noise for subsonic operation domestically, but would not affect the prohibition in 14 CFR 91.817 on the creation of sonic booms (i.e., supersonic operations over land in the United States would remain prohibited).

There are a few summary takeaway items to note from the full NPRM:

Because the domestic over land supersonic restriction is not proposed to be lifted through this process, it is expected that when this class of aircraft is introduced into the fleet, it will operate near the coasts.  Despite this expectation, I have been participating on an airport industry panel that discussed how Airports Council International – North America (ACI-NA) would comment on the NPRM. It is also expected that the production and operation of this aircraft category will benefit some airports that do not have noise concerns, thus ACI-NA will be commenting in a manner that balances the benefits against potential noise impacts. As ACI-NA will comment with a more subtle tone, the MAC submitted a comment letter that expressly objects to the proposed noise standards being less stringent than subsonic aircraft types. That comment letter is attached.

The full NPRM and current listing of comments received can be found here: https://www.regulations.gov/document?D=FAA-2020-0316-0001 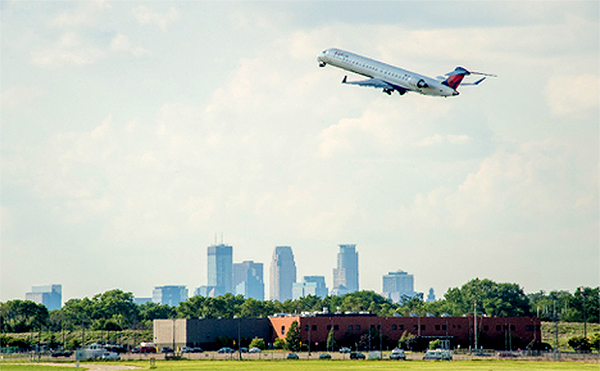 Latest on the Airport

We are a small community proud of our heritage and committed to the preservation of our pristine, rural character. We cherish our privacy, yet know we are part of a thriving Dakota County and the greater Twin Cities metropolitan area. With these partnerships in mind, we strive to preserve that unique spirit which is Sunfish Lake, Minnesota.